An expression from the Chinese Opera signifying music out of tune or rhythm, this is a trilogy ranging from a Himalayan musical theme which explores the cross-routes of culture and religion in this seemingly remote area (Three Dakini are Discussing), over a Central Asian Sufi theme (Ashik Castle) and a no man'd land theme of tribes looking for new land (Liberating No Man's Land). Three distinct regions, three distinct sounds, which Dawanggang explores without slumbering into folklore or repetition.
The music in this trilogy wants to be accompanied by dance and light, becoming an opera-like opus.
The text for Three Dakini are Discussing is written by Song Yuzhe in the form of a long poem, comparable to an epic parabole, with characters and drama. He wants to push the musicians and the audience to reflect on deities crossing borders.

< COMING WITH IMAGE, GOING WITH SOUND >

These are performances where live music accompanies videos of daily life and performances of folk artists filmed by Song Yuzhe in Western China. There are four of these shows so far: Deities Over Boundaries (Himalayan Theme), You Dance in Western Regions, I Dance on Eastern Lands (Uighur Dolan Mukam Theme), Manas’ Ax Marks (Kirgiz Theme from the Tianshan Mountains) and Mandala’s Mandolin (Tibetan Amdo Theme). The shows almost have a sociological and ethnological edge as some of the recordings are very rare or have already disappeared all together.

One thing leading to the next, from video to film the journey has been a cultural one. The two most striking examples of live music over these extraordinary films have been THE GODDESS (1934; directed by Wu Yonggan), featuring a beautiful prostitute trying to fend for herself and her son against social prejudice and financial pressure; and FAUST (1926; directed by F. W. Murnau), definitely one of the greatest films of all times, this work by Murnau has inspired Dawanggang to explore the concepts of good and evil in Western society and confront it with Eastern thought. 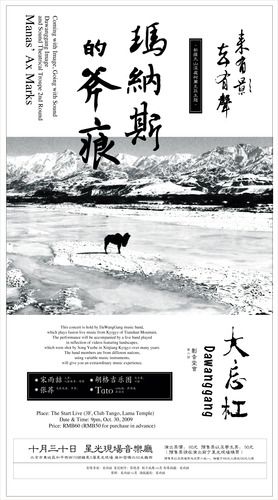 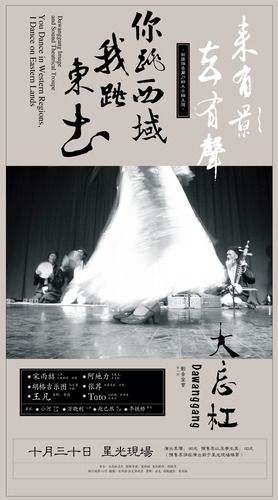